My Welsh holiday with my best friend - Part 2

I'm having to cast my memory back a bit now as my lovely holiday cottage break with my best friend is now about 3 weeks ago!

Luckily I have lots of photos to help jog my memory.

Did you read part 1?

I ended that post by hinting that I was going to be in for a big scare! And I still shudder when I think of it now.

I stayed in the bedroom that is on the top left of this picture. 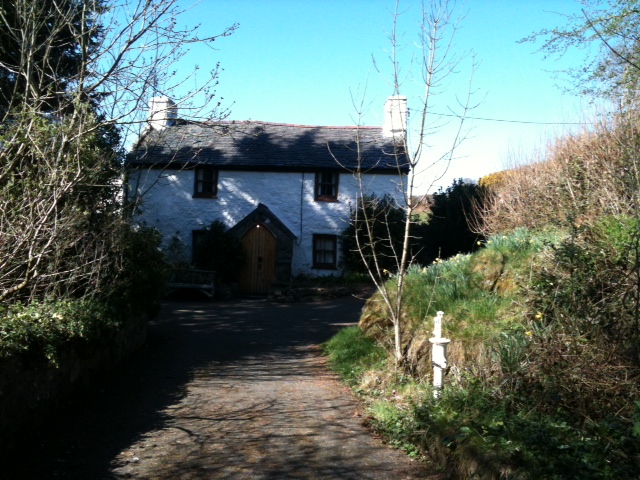 The first morning it happened, it woke me up, but I stayed in a sleepy state and didn't pay much heed to it (surprisingly) and managed to get back to sleep.

The next morning when it woke me, I kind of went through this thought process (with my eyes still closed)

Hmm..is the bed shaking? Yep
Hmm....is Faith (who was sleeping in the other bedroom) trying to wake me up? But she would just say my name and maybe tap my shoulder.
Yes, it definitely shaking
Am I awake? Yes you are awake.
Okay, this is weird, and now I remember, it happened yesterday too!
OMG, the duvet is moving!!!!!

And I could feel the duvet being pulled off.

And I leaped out of bed and ran into Faith's room.

I scared Faith because of my scream and panic! And I was scared because I had no idea what had just happened. It was so strange.

If you can explain it, please do! Someone said it was a little earthquake, but I have dismissed that because (though I'm not expert) I would have thought the chances of an earthquake happening at 7.25am two mornings in a row would be quite slim. Plus, Faith didn't feel it in her room. Plus, the duvet moved.

Luckily Faith's bedroom had two beds, because there was no way I was going to sleep in that bedroom again!

The rest of the holiday wasn't as scary though and one day we book ourselves in for horse riding at Gwydyr Riding & Trekking Stables. I couldn't remember if I had been horse riding before and presumed that because I couldn't remember, I mustn't have done. Faith, having tons of experience, wanted to do a half day. I, being pretty sure I had no experience, opted for just half an hour.

Getting to the stables was an adventure in itself, though the scenery was lovely! 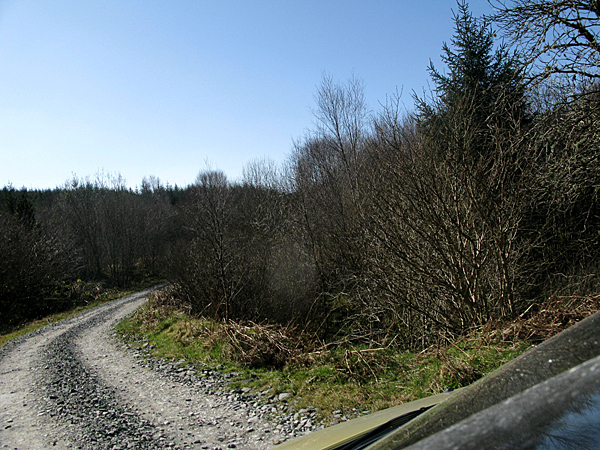 There was actually a better road to get there on. We just didn't know about it. 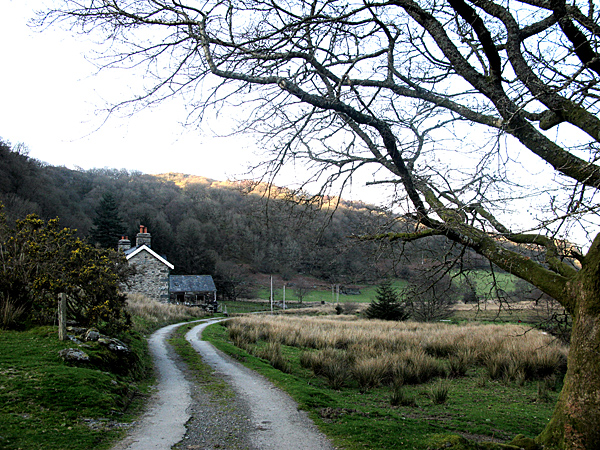 Being a city mouse it does sometimes make me wonder how people can live so far away from amenities. What a trek just to get a loaf of bread. Mind you, we saw a Tesco delivery van a few minutes after I took this photo.

We were right in the sticks.

When we reached the stables, there was a mobile farrier putting new shoes on all the horses. 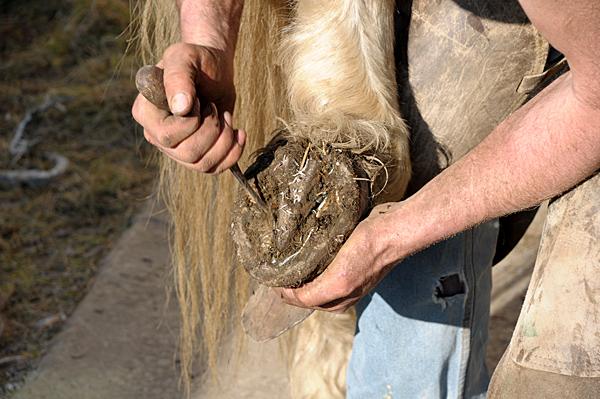 I was able to make this little video.

I had a horse called Paddy. Apparently he was naughty as a teenager, but I think he still has a cheeky streak in him now.

He wouldn't do as he was told or pay any attention to my instructions, such as STOP! At one point he picked up speed (just walked a little faster than a stroll) and I thought I was going to fall off!

It was just me being new to the experience, and there was really nothing to worry about. Faith and I had an instructor each, and when Paddy did a runner, the instructors managed to block his route and get him back on track.

They say a horse can sense someone new to horse riding and  they use that as an excuse to do as they want!

All in all I stayed on Paddy for an hour, and relaxed and enjoyed the scenery, and I would try it again at some point if the opportunity arose, but I wouldn't say I've gone crazy about it and now want my own horse.


Whilst Faith stayed out on her horse, I pottered around the farm and stables with my camera. A bit of a excitement happened when a horse tried to break out! She ran herself into a dead end though so was easily caught. 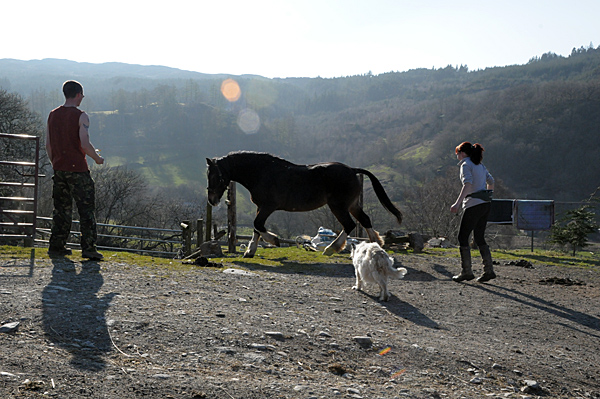 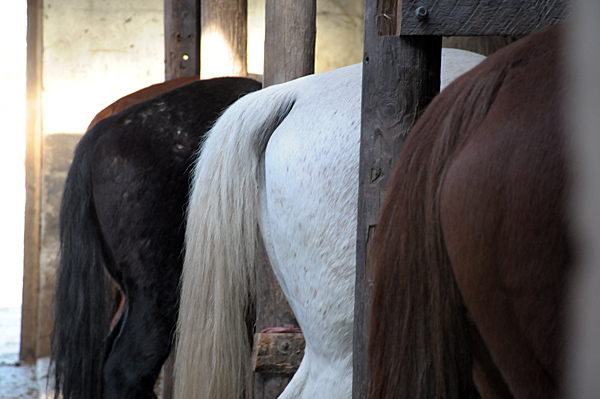 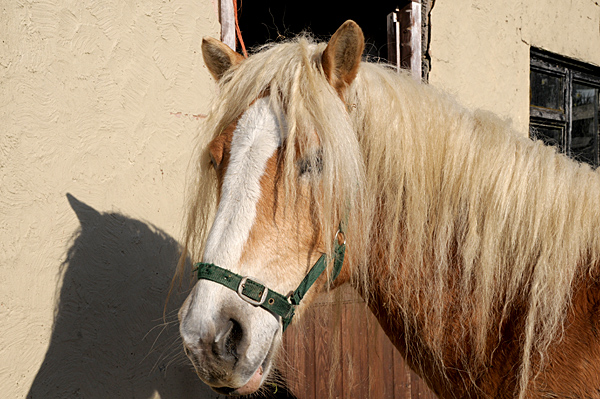 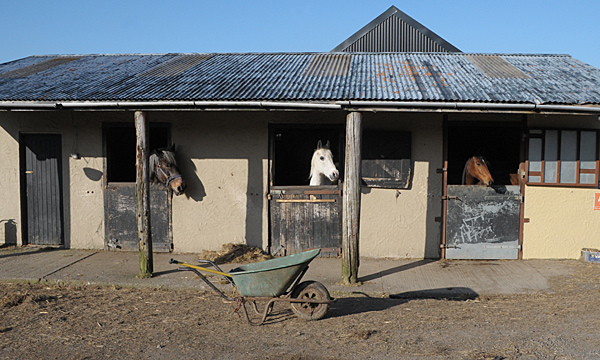 Oh, and I got to hold a little lamb!!

The day was full of new experiences; horse riding, lamb holding...... It's wool was soooo soft, but it's little legs were quite hard and angular and his little hooves poked into me, so not as comfortable for either of us as it could have been ha. 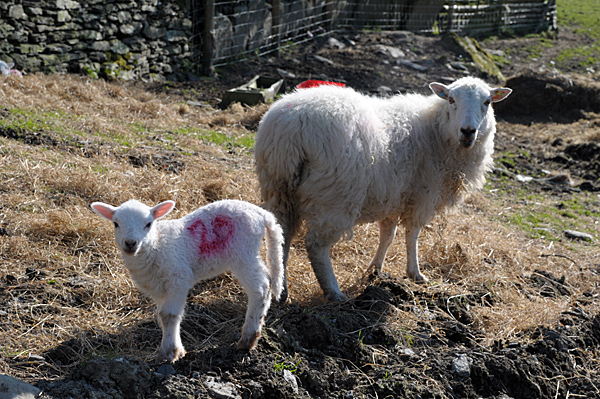 Aww, this was such a lovely little dog. I can't remember her name, but she picked up a little stick for me to throw for her. As I picked it up, one of the girls in the stable told me not to throw the stick too far, so I threw it about 2 metres, if that.

The little doggy ran to pick up the stick, then fell over and had an epileptic fit! The poor wee thing. And I felt awful, as if I caused it. Apparently she has a condition and it happens. Less than a minute later she was back on her feet and wagging her tail as if nothing had happened. 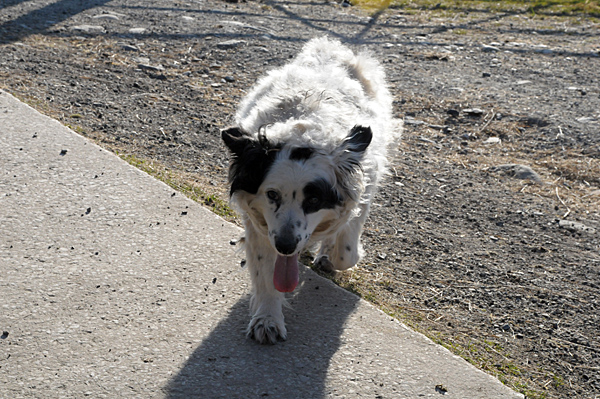 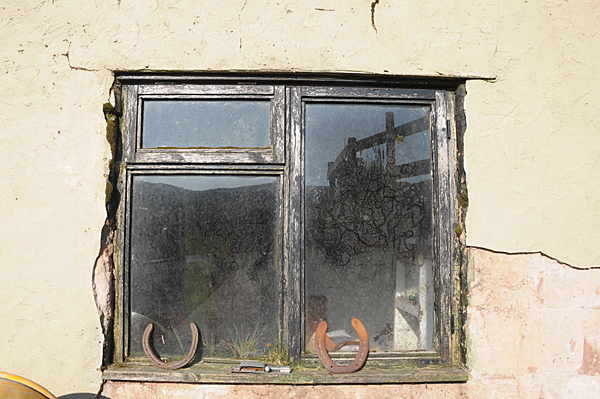 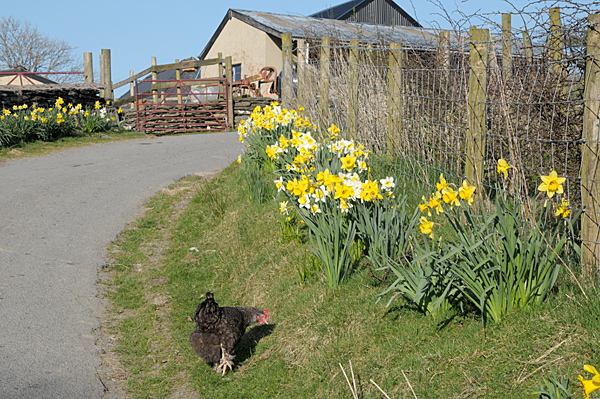 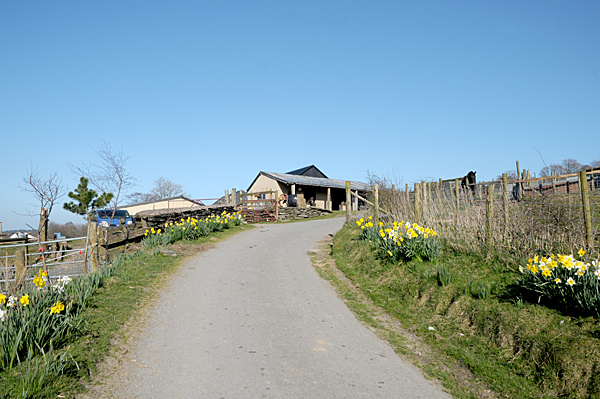 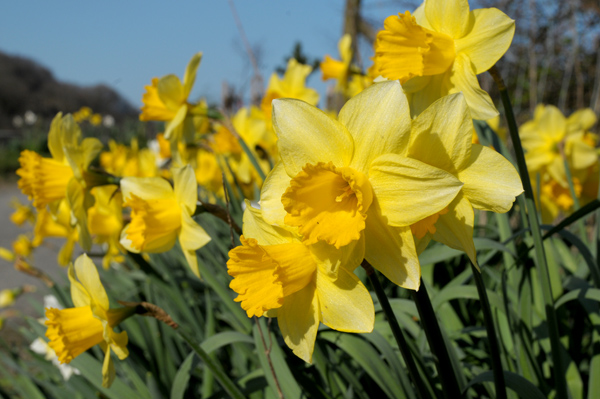 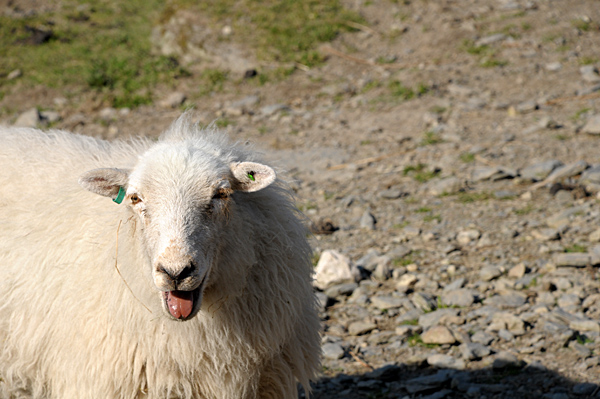 It was such a beautiful sunny day and I really enjoyed all the animals and the quietness. It was quite a novelty!

We stayed out for something to eat before coming home to our little cottage. 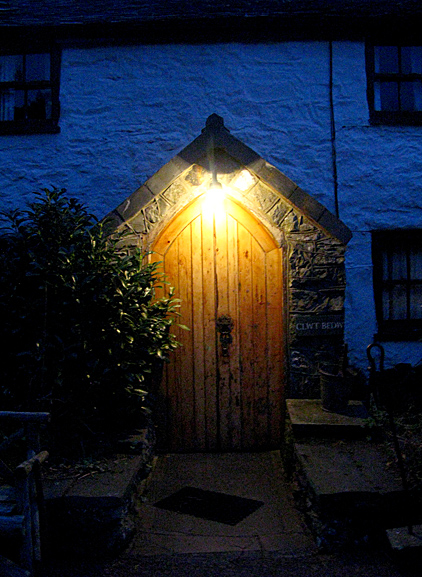 On the first night or two at the cottage, Faith lit the log fire. Even though the days had been so sunny and hot, the cottage was really cold inside!

I'm sure she will agree with me when I say...they were adequate fires.

The fire lighting skills I learnt as a child in Ireland came back to me! We always had a fire where ever we lived in Ireland.

I make a damned good fire!

Actually, I was a little worried that I was going to set the chimney on fire (as I did once in one of our houses  *ahem*). 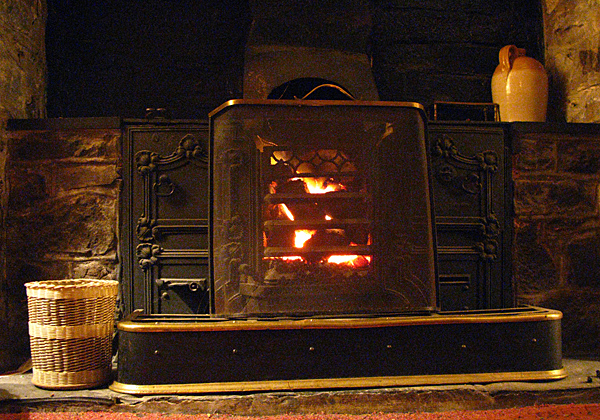 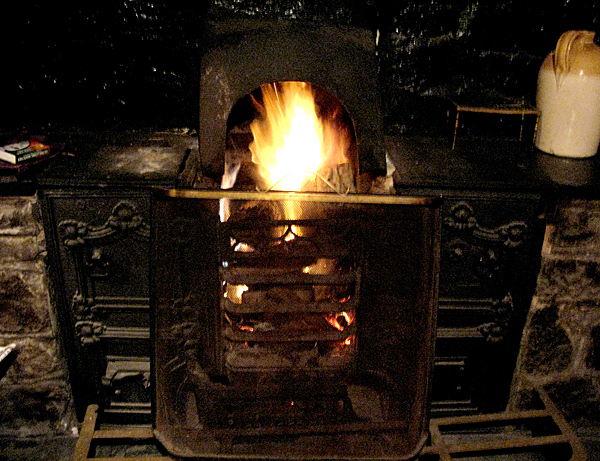 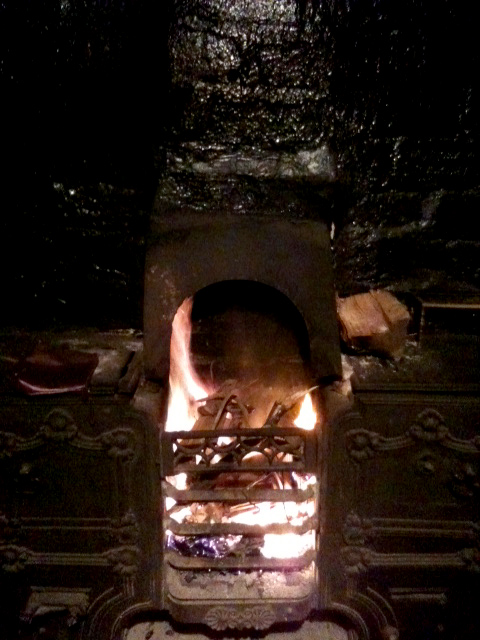 On the day before I was due to go home we went for a trip to the seaside resort of Llandudno.

We had been so lucky with the weather in Wales and this day was so warm and bright. Perfect! 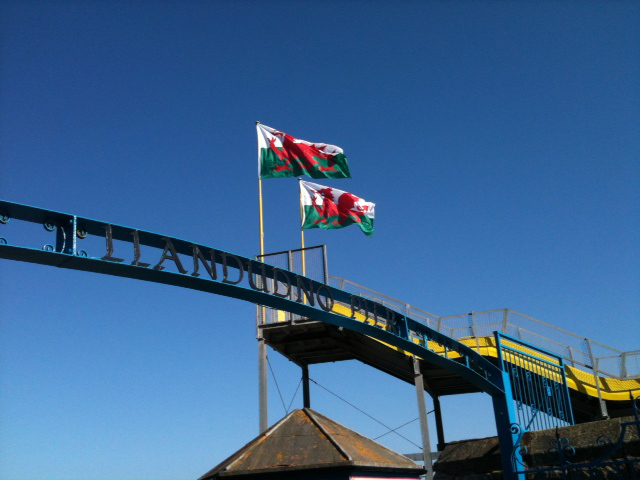 We walked right down to the end of the pier, grabbed a drink from a cafe, and sat outside for hours and hours and put the world to rights. 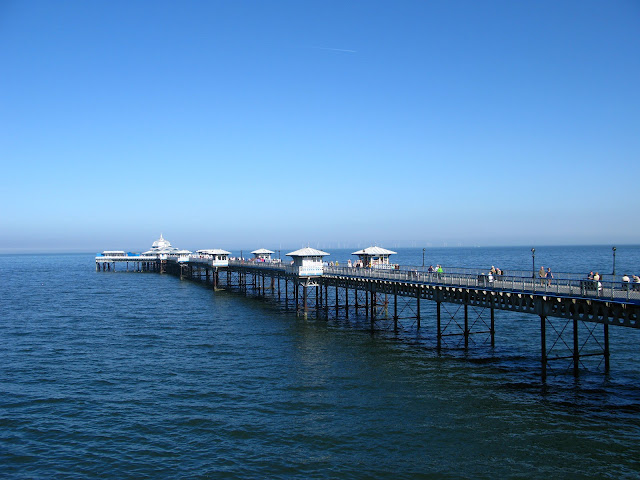 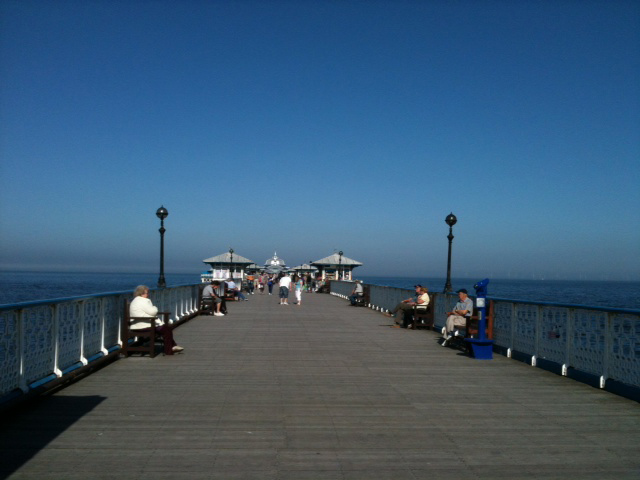 Whilst we chatted away, we made a 5 Year Life Plan on a napkin; what we wanted to achieve, how were were going to do it and how long those achievements would take.

I did write a little bit more on my 5 Year Life Plan napkin ;) 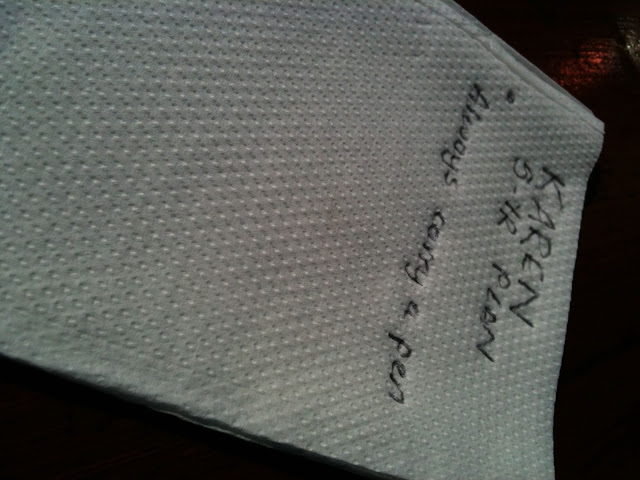 My last day in Wales was on Faith's birthday, and her boyfriend arrived to stay for the rest of the week.

Faith got tons of lovely presents (mine were the best of course!) and my Step Dad gave her an absolutely beautiful tea set (which I think rightly should have formed part of my inheritance haha), from Kure in Japan. Roger, aka Steps, bought it when he was serving overseas in the Army. When you hold the cups up to the light, a face appears. 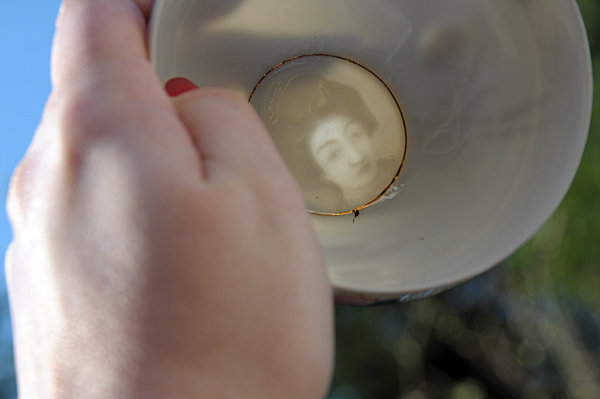 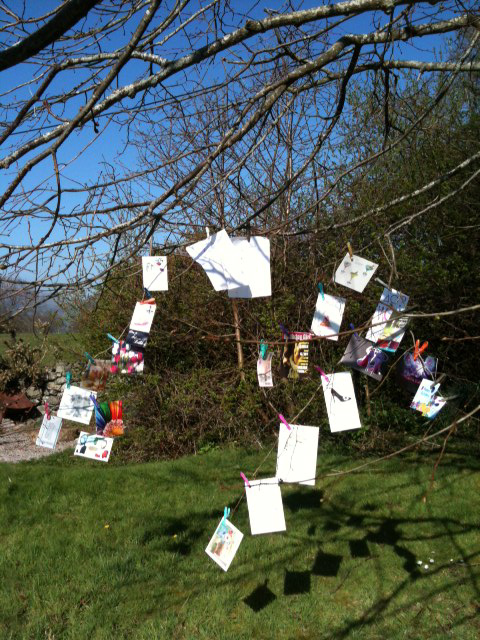 As always, I was very sad to say goodbye to my best friend. We had such a fantastic time, and really enjoyed some quality best friend time! And I survived being offline and not having a phone signal.

In fact, weeks later, I'm still feeling the benefit of the break and it really re-charged my batteries.

As for renting a holiday cottage, I would definitely do it again!

And I'm off for a mini break this weekend. I am off to have in Italian adventure in Milan!

Subscribe to my blog in a reader
Posted by Karen Strunks at 17:57

I'll stay there when I write my novel and tell you what happens!

Yes, please do!! And it's the perfect place for novel writing. The only disturbance will be from the cows staring at you :)