My Welsh holiday with my best friend

Here's part 1 of my fab holiday in Wales. I wrote this post on 25th March with the intention of posting it, but  I was in a wifi/phone signal free zone for most of the time, so here it is now. We had glorious weather in Wales. As I tidy up the post before publishing it, it's a very grey, snowy morning here in Birmingham!

Oh, this is the life! As I write, I am sitting in the garden of the 17th century cottage that I am staying in with my best friend. This country side break marks the special occasion of her 40th birthday! (We spent my 40th together too!)

The birds are singing, the sun is shining, and we have just enjoyed a picnic and a glass of wine. 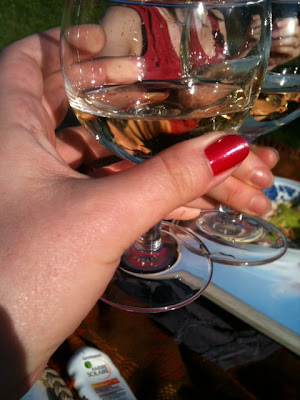 This is my view. 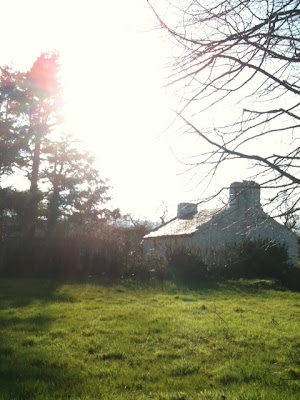 This may not sound too exciting to some but it makes such a change for me. I can hear gun shots being fired right now! (not at us) That's adding a bit more drama to the picnic haha)

I don't think I've stayed in a building so old, or anywhere as isolated.


We are miles off the beaten track. Up and up steep, twisty, very narrow country lanes. Poor little Bumble (my car) had to work hard in first gear to get up some of the inclines.

Faith is very much a country mouse & I'm a (New York) city mouse, and yet I'm adapting to the change of pace quite well.

These are our next door neighbours. 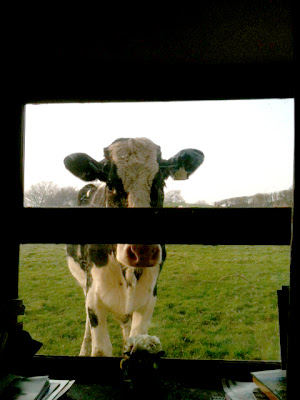 I screamed just before this photo. I was just sitting, relaxing on the settee and Faith said, 'Look!' and I turned around and saw this big face! You'd think I'd never seen a cow before haha. 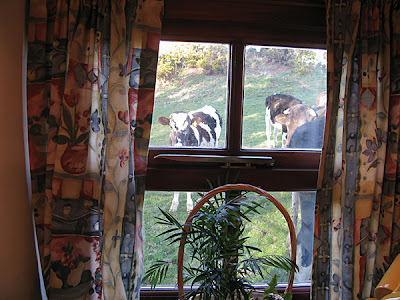 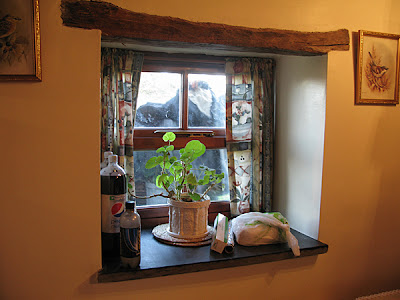 The cows just loved staring at us through the window. Faith said it was the equivalent to us watching tv. We were the daily soap opera. I felt a slight pressure to be more entertaining for our audience ;) 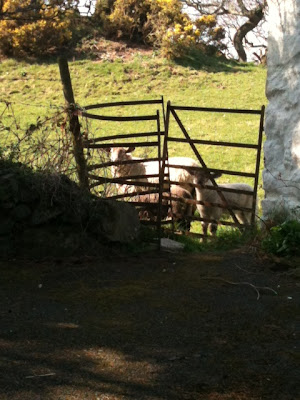 And some days we had sheep with their little lambs. They were too short to peek into our windows.

And we have some very greedy feathered neighbours too. No matter how many times the bird feeder is filled up, they will get through it all! I just had to set up my bird feeder cam to capture them in action.


We need to laze about today as we didn't get home until 5am!

At 9pm last night we joined about 20 other brave souls for a paranormal investigation!

I've been waiting for a night like this for years, so when I saw one fairly close by, I had to jump at the chance to take part!

It was held at Plas Teg a 17th Century Jacobean Mansion.

Doesn't that look like a house that would be filled to the brim with ghosts?!

The house is owned by a lady called Cornelia Bayley. She is a woman to be admired! She bought this mansion in 1986 for £75,000 and it was derelict. Cornelia restored it all by herself. If you would like to know more there's a great documentary, Country House Rescue on 4OD that you can watch, that shows how Cornelia has struggled to keep the house running, as well as great views inside the mansion too. You need to 'sign in' to 4OD first.

The ghost hunting night almost didn't happen though. As we gathered by the main gate, with only our torches lighting our way, out of the darkness the lady if the house, Cornelia, appeared to inform us that the 8 paranormal investigators who were meant to be guiding the night's activities hadn't turned up!

I half wondered if this was part of the night's entertainment. How could all of the eight people fail to turn up?!

But no, she was serious. "is there no one else you can phone?", I asked, and Corneila disappeared into the house & eventually came back with the good news that she had managed to get hold of 3 paranormal investigators from another team who were going to arrive in an hours time.

We were led by torch light through the grounds and up some steps that lead into the grand hallway of the mansion. It was like stepping back in time! Huge oil paintings adorned the walls, lit by grand chandeliers. It was very cold in there & I would love to have seen the huge fire place lit up. 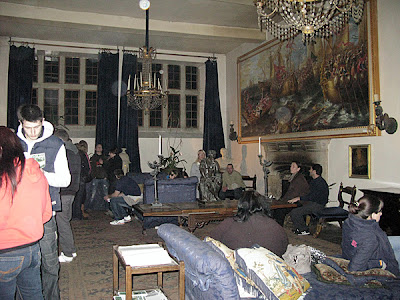 Eventually the back-up paranormal investigators, Cheshire Paranormal, turned up. Actually, it was very good of them to come as they had no noticed and dropped what they were doing to make sure the night went ahead. We were split up into three groups and given a introductory tour of the parts of the house that were we allowed in (I'm guessing we only saw about a sixth of the mansion).

Then it was lights out and the night's other worldly events began!

The next 5 hours were spent going from room to room with attempts being made to contact the Other Side.

Half way through the night me & Faith managed to break free of the groups and explored some areas on our own. We were over come by the giggles as we crept up creaky stairs cases & along dark hallways. I felt like I was in an episode of Scooby Doo!

We didn't manage to escape the group for long and were soon found by one of the investigators as we were sitting in the dark about to 'call out' and do our own little seance haha!

I didn't really feel scared throughout the night. This was due to a mix of things; not enough 'activity' happened, we were with strangers and some people broke any atmosphere that was built up with laughter. I guess I wanted to just get down to the business of the investigation in order to make the most of the opportunity that I had waited for a long time to experience.

I think the ideal night would have been for me and a close group of 3/4 friends and to have the place to ourselves.

The highlight of the evening was the table tipping. About 9 of us sat at a very heavy round table in the dark for about an hour. I did get scared when the table first moved & juddered towards me. I moved my chair a little further away. It moved again a few more times. What I found strange was how cold it got. We had been advised to wrap up warm for the evening & I had many layers on, and although there was a chill in the air (I don't think the rooms are heated), I had been warm enough throughout the night. Sitting around that table, I suddenly got chilled to the bone. I was shivering & my teeth were chattering. My finger tips were freezing & my body shaking with the cold. Other people around the table commented on how they were feeling the cold too. After about 5 minutes of this, I felt back to normal temperature again. Then later the same coldness happened again. It was all very strange. Was my mind that suggestible? Was it a small scale mass hysteria? Hmmm, I'm not sure. Overall I enjoyed the night & would like to do it again under different circumstances.

At £40 per person, (which goes to support the upkeep of the mansion), it was a good 5-6 hours of entertainment.

Just before 3am it we made our way back to our cottage. We were both so tired after an early start and our drive to Wales and when I got to bed I had no trouble at all in falling into a deep sleep, but little did I know that the biggest scare was yet to come!!!  tbc.......  ;)

Subscribe in a reader
Posted by Karen Strunks at 08:44