Attending & speaking at the National Photography Symposium in Liverpool

Last weekend was ALL about photography!

Of course I would! Speaking at a Redeye event had been one of my goals for the last couple of years! I hadn't actively done anything about arranging it, but it had been on my must-do list, so when the call came in, I just had to do it.

What a weekend. I am all photography inspired.

I arrived in Liverpool on Friday afternoon with time to check into my hotel before reaching the Bluecoat for the opening of the LOOK11 festival. Even just listening to the opening speeches, I just knew it was going to be a good couple of days.

On Friday night I had the chance to have dinner with other attendees and speakers at the NPS. We talked about our work and inspirations and whipped out our iphones to look at one another's photo galleries. In such prestigious company I found myself wondering what these wonderful photographers would think of my work. 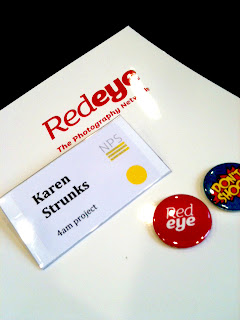 It was a 9.30 start to the day on the Saturday. The first event I went to was a talk by photographer, artist and Professor of Photography at the University of Ulster, Paul Seawright. He talked about documenting the conflicts in Northern Ireland, showing us his photographs and the story behind each one. This is something I could really relate to. Having lived in NI (Derry, Coleraine & Kilkeel) from about 1978-86 I am all too familiar with the troubles. (Perhaps I'll tell you about that sometime). 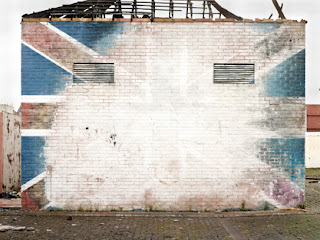 Paul also talked about his photography missions to Africa  for his project Invisible Cities and also the USA for his current project Volunteer.

The next event I attended was called: The Future is Now: Photographers and their archives.

I thought this would be good to go to due to the huge 6000+ digital archive of 4am Project photographs.

This was led by Paul Hill from The Photographers Place. Paul has a very impressive photography history! He is also a former Birmingham Post & Mail photographer (we swapped a few stories as that's where I first cut my photography teeth!). 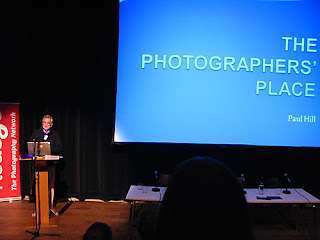 Paul Hill from the Photographers Place
The debate of archiving was opened up to the attendees. Some things that were discussed....

Never delete a photo
Film vs Digital
Storing prints/negatives (laminating seems to work well but not recommended!)
Using meta data on digital images
How everyone with a camera is a photographer (a good thing in my book!)
How with the digital age, it's hard to spot talent as there are so many photographers & photographs (I argued against that!)

The next talk was: Imagining the photograph centre of the future.

This session asked.... What should or might be the role of a centre of photography?
What form should it take?
Should it be physical or virtual?
Who is it aimed at?

It talked about recent attempts in the Scotland, Wales and England to set up centres of photography, and compares this to the experiences of other countries and disciplines.

I must admit to leaving this before it ended. My session was coming up and I wanted to get a chance to go over the notes of my talk and make sure the room was set up ok.

I was a little worried that not many people would come. I guess that's not such an unusual worry for someone giving a talk. I had been tweeting about my talk and using the #nps3 hash tag to promote and tell people about it.

I needn't have worried though. It was almost a full house!

I talked about how the 4am Project began, how I used social media to garner support and spread the word about the project world wide, how I received funding and sponsorship. who takes part and why and my plans to take it forward.

I had 20 minutes to deliver my talk, and I pretty much was dead on with the timing with just a few minutes spare to answer any questions.

I made a video of my talk. I hope you enjoy it.

There was so much more to the weekend than the few things I have mentioned. There were photo exhibitions on the subject of Confined.  Some particular favourites were:

How the weekend has inspired me.

I got so much out of the weekend. I met some great people and wonderful photographers.

It made me realise that practically all the photography I do at the moment is for clients. That's not a bad thing in itself! It's just that I have left myself with no time to play, to imagine new projects, to do my own thing exactly how I want to. So, to rectify this, I have schedule Photography Project days in to my calendar for the next few months. Just one day a month or so, but at least it will give me time to exercise my creativity and imagination, and I can't wait.

Some other quick thoughts, which I can work with in my viewing other photography work and my own photo project(s)...
I just feel that, oddly, what I saw and heard at the weekend has almost given me permission to go and do 'my thing' with photography, whatever that might be. We shall see!

Thank you to all involved for a great weekend, for allowing me to achive one of my goals and for all the photography inspiration.

If you get a chance to go to the next LOOK festival, I can highly recommend it!

Say Hello on twitter! @karenstrunks :)
Posted by Karen Strunks at 17:26

Enjoyed the video, nice to hear a bit of what goes on behind the scenes. The debates sounded interesting as well. A few things to note and consider for me.

Thanks for sharing it :)

Thanks Steve. I think you would have really enjoyed the weekend. It certainly opened my eyes photography wise!