Weight loss report & the battle of mind over body!

It's been about a week since I reached my 50lb weight loss goal and when I weighed-in this week it showed a 1lb loss which I was a little bit surprised about because I've actually made a point of eating a bit more than I normally do now that I am trying to maintain my current weight.

You can never tell what your body is going to do so I'm just going to continue eating a little bit more than I was doing when I was losing weight and hopefully things will even themselves out. I don't really want to lose more weight. Although at times I a little bit curious about how I would look and feel if I lost a few more pounds, but not so curious as to actually try and do that.

I had probably one of my worst runs today and have learned a few lessons.  I've actually come back from this run feeling quite grumpy when normally after a run, even if it gets a bit tough during the run, I feel great afterwards. Not so today though.

I was really in the mood for a run today and decided to do a 4 mile tempo run which consists of walking, running & running faster, just mixing up the pace a bit. This can runs a bit more interesting and I've enjoyed this type of run before.

Now, I've been having a few twinges in my left leg for a couple of days. Nothing painful, but I'm aware that something is not quite right. Regardless, I went ahead with my run and once I'd done a good walk up walk, I broke into a slow run. After that I mixed it up with different speed/effort.

Every step felt like a effort today. I checked my watch too many times. Before I had even run a mile I considered abandoning the idea. I had a argument going on in my mind..

"yeah, but your leg isn't quite right. It's ok not to run you know"

"why are you doing this? You are not enjoying it today!"

"look how slowly the time is going, it's going to be ages before you hit the 4 miles"

"Look how far you have come this year! From struggling to run/walk a mile to a six miler last weekend in a great time!"

"Look at all the people that struggle to walk or can't run, and you have two good legs, use them! Be grateful for the body you have"

And so this continued for 4 miles. And I did those 4 miles through mixed emotions ranging from determination, to almost wanting to quit, to feeling tearful, to getting angry. 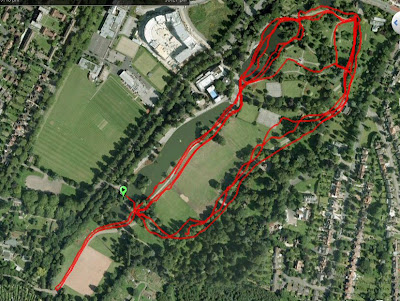 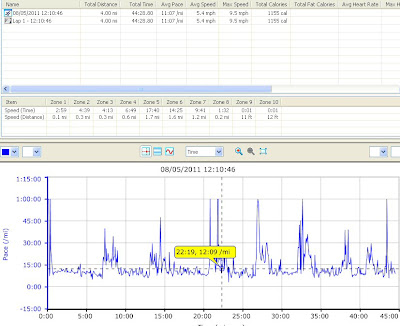 BUT (hindsight!) I should have listened to my body. Those twinges in my left leg? I'm now limping. LESSON LEARNT!

I could have done some other exercise today. A walk, some hula hooping, perhaps some biking which although uses legs(!) isn't an 'impact' type of exercise.

Since I took up running in January I've run about 150miles (I haven't tracked quite all of them) over countless runs, so to have one bad run over these months isn't bad going really.

I'm now going to rest my leg as much as I can and only run when it's better again. Hopefully soon. I really don't want to take a break from running! I'm just going to have to adapt in the meantime.

There's a busy week ahead with two trips to Liverpool. I'm delivering some social media training with Talk About Local tomorrow, and I'm attending the Red Eye event, National Photography Symposium, on Friday and Saturday. On the Saturday I'll be giving a talk about the 4am Project. Give me a shout if you are going! :)

And now, as it's Me Day Sunday, I'm going to chill out, have a lovely Sunday Roast, catch up on a film or two, and have a bit of beauty pampering!

Say hello on twitter @karenstrunks :)
Posted by Karen Strunks at 15:04