Multiple alarms where needed for my early start to Day 1 of my press trip to Prague! 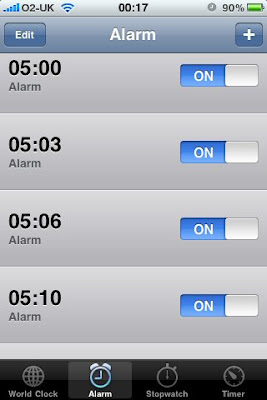 I hadn't quite finished my packing from the night before, 6 pairs of shoes, 6 outfits, and the rest of my haul needed for 48 hours in Prague! I wonder if I will ever learn to travel light? ;)


Birmingham Airport had kindly allocated an airport parking space for me. This is the first time I have parked at an airport, normally relying on lifts or taxi's to and fro. However, getting myself to the airport and not having to worry whether a taxi would turn up on time (taxi's have failed me before on airport trips!) made it for a much more relaxing start to the weekend.


I found a nice space for Bumble (yes, that's my car's name!), said my goodbye's to her and headed for the bmibaby desk to meet my fellow press trippers. I made it there spot on the meeting time of 8am with only one traveller there before me!

Ten minutes later and the whole group had arrived, about 28 of us altogether! It was quite an impressive mix of people from the world of newspapers, tv, radio, pr. Introductions were made and lots of "good mornings".

I was asked quite a few times.... "And who are you writing for?"

We were also greet by Naomi Bustin from bmibaby and Rick Wheeldon from Mere PR who were looking after the group for the weekend and making sure everything ran to plan.

Justine Hunt from Birmingham Airport came and greeted us too, and within minutes a bmibaby desk had opened up just for us!

Did I tell you this was a VIP weekend? Oh yes! 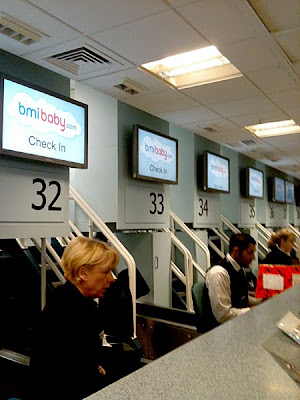 With our luggage smoothly checked in, Justine escorted us through airport security. I forgot myself and was just about to take a photo, when an attentive security guard stopped me just in time!


Birmingham Airport is having a make over right now. Not only have they done away with Terminal 2, and just made it one terminal now (which does make it easier for travellers), they have really improved the security check in area.


I'm sure they won't mind me saying that the previous security area was a bit cramped and a bit hard on the eye, lit by artificial light. Now, however, it's been opened right up, with a wall of windows letting in tons of natural light along the length of approx 15 security check in points. It's much roomier too, so even if there are queues, you won't feel squashed in the area.

Not only that, but there is going to be a big brand new duty free shopping area too! 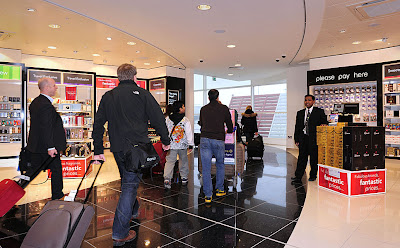 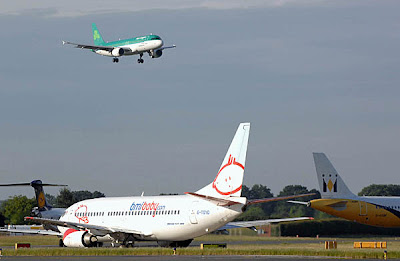 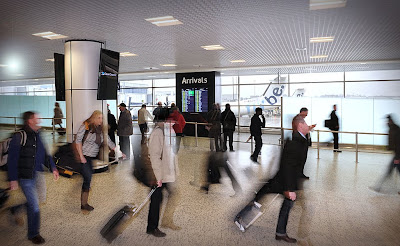 Justine took us through to the Executive Area. This is a much more comfortable waiting area which free drinks on offer (including alcohol!), sweet and savoury snacks, and a wide range of newspapers and magazines. 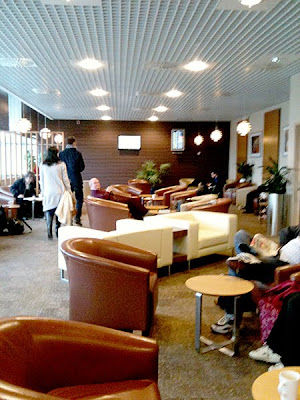 After a few minutes relaxing I soon remembered that the duty free shops were near by! 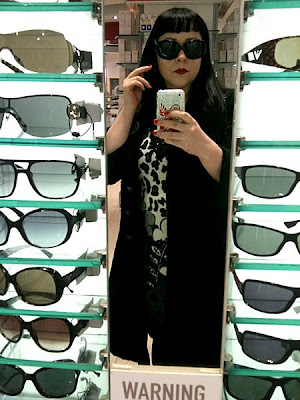 It wasn't long before the group was gathered up and taken to our bmibaby plane. As VIP-ers we were the last to board. 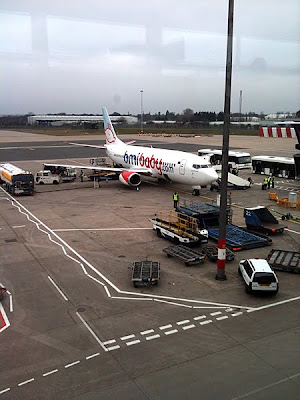 Our bmibaby pilots Alex and Mike obliged my photo request! 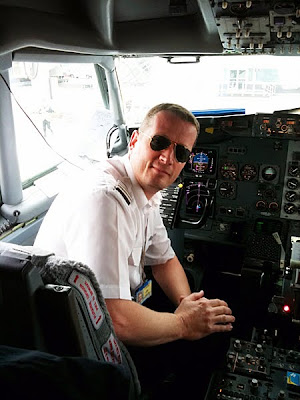 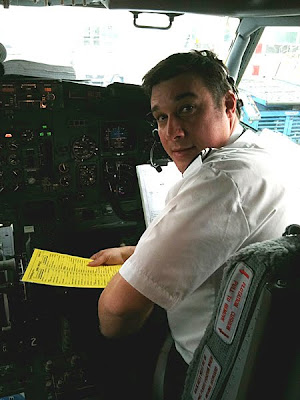 Just over two hours later and we had landed safely in Prague Airport. 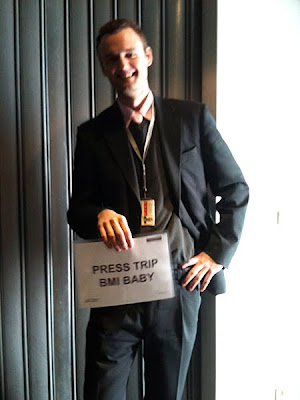 We were then escorted into the VIP area of Prague airport and given a short presentation, and provided with a lunch time buffet. 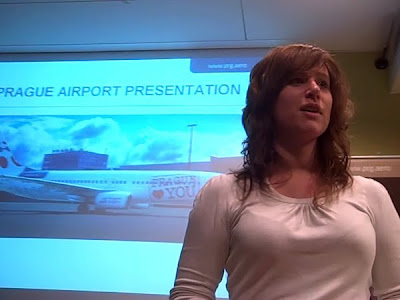 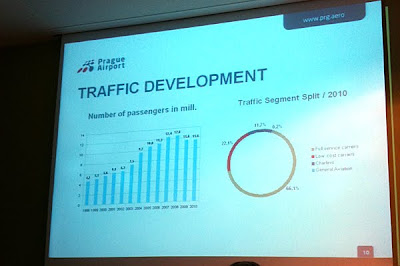 I then took the opportunity to explore the VIP area!
It was very nice. Quite sophisticated. 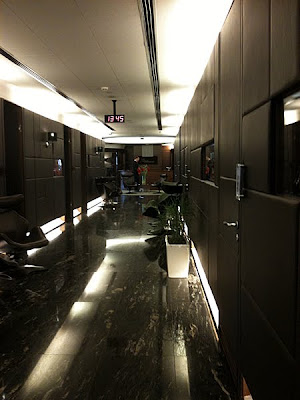 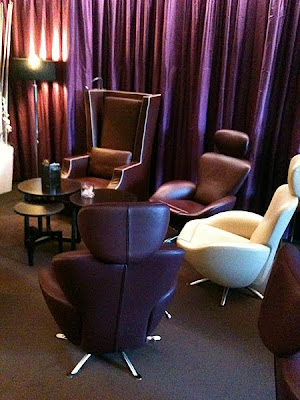 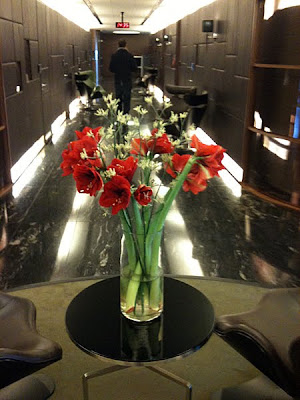 We were also given a press pack with facts and figures about the airport, and it included this lovely compass! I've given it to my step dad as a gift as he appreciates a really nice compass. 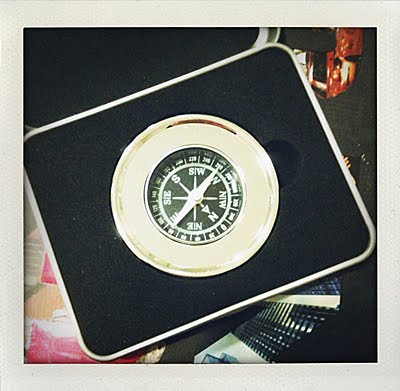 Czech Tourism provided a lovely big coach to take us to our hotel on Wenceslas Square. I took a seat at the front as I wanted to take all the scenery in en route.
John Morris, who is Birmingham Airport's Head of Government & Industry Affairs took to the mic and welcomed us to our weekend in Prague. 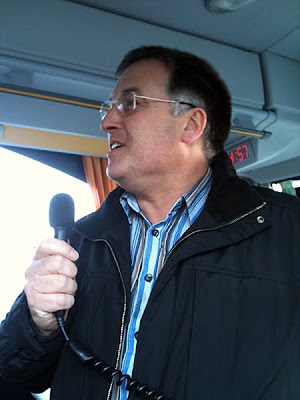 I captured some of the journey through the countryside, suburbs and Prague city centre and made a short video.

At around 4pm we arrived at our hotel for the next 2 nights. The Jalta Hotel is a 4*boutique hotel right in the middle of Wenceslas Square in the heart of Prague city.
I was really impressed with the check in. When nearly 30 of us arrived, I took a seat in the reception area and settled down for about a 30 minute wait to check myself in. But there was no time to get comfy, within about 10 minutes we all had our room keys!
When I checked in the first thing I question I asked was about the wifi. Was it free? Was it fast? Yes and yes. I have to say, this was the best free wifi I have experienced in a hotel. What a refreshing change!
And so with that, I checked in, and before I even opened my suitcase I recorded a video tour of my hotel room, with a balcony view over Wenceslas Square! 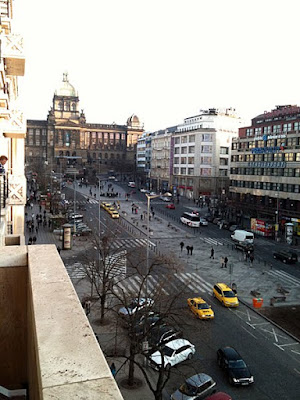 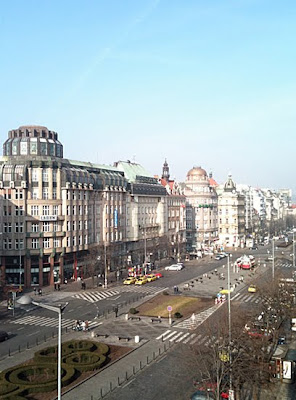 I had time to sit down and chill out, and get online and tweet of course. Then I took a walk to Charles Bridge with John Morris and his wife.
It was a bright and crisp in the early evening with the sun getting ready to set. We wandered along the cobbled streets (not great for high heels ladies!), got a little lost on the way, and took in what Prague had to offer.
I stopped to take a few photos when we got to Charles Bridge and said goodbye to John and his wife and meandered back in the direction of the hotel, and promptly got lost! But in a city like Prague it's nice to get lost....
I sourced a nice dinner, and then picked up a treat.... 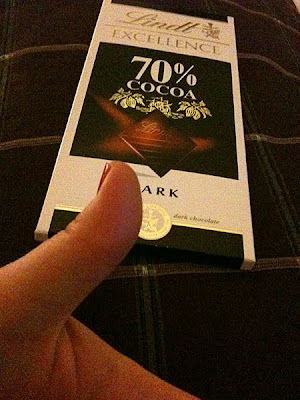 ...and settled into my hotel room for the night in readiness for my first full day in Prague :)
Thank you to...