Weekly weight loss report week 11 - What am I eating to lose weight?

I've stayed the same this week. In fact, apart from the quick 3lbs on/off a couple of weeks ago, I'm the same weight as 3 weeks ago.

So still 43lbs down

Still 7 more to go, which I've just realised, when I reach that, will make a total loss of FIFTY pounds (3st 8lbs)!

I'm pretty much ok with not having a loss this week. Yes, I would have been pleased to see a loss, but I also remind myself how far I've come, and how delighted I was when the scales registered a 43lb loss.

Also, and I'm very annoyed with myself about this, I've only been for one run this week and NO HULA HOOPING! :( The last week has been full on work wise. I have got SO much done, and after being really run down a couple of weeks ago my energy levels have shot back up, so I've been making hay whilst the sun shines and managed to do 13 hour days this week!

However, I'm aware of falling into the same routine that got me piling on the pounds over the last few years.... work, work, work (which I absolutely love!) and no exercise (which I am now also loving).

Eating wise, I'm right on track. I'm still doing the things that helped me lose weight. A balanced diet that includes lots of fruit and vegetables.

This is my fruit and veg 'haul' from my shop last Saturday. 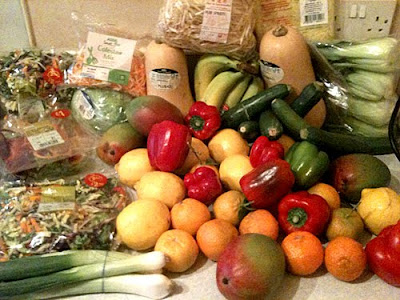 A week later, this is what I have left. 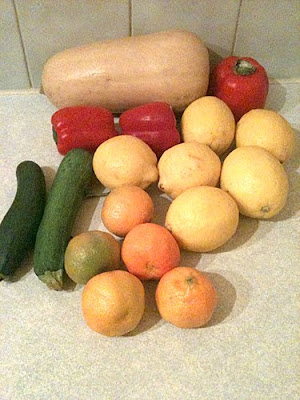 And I've just stocked up again today with this little lot... 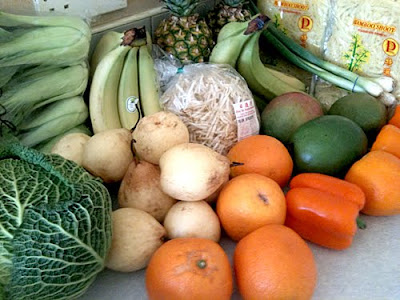 I've had lots of questions about what I'm eating to lose weight, and I do plan to dedicate a blog post to that at some point (I promise!).

But don't let the photos bring you to the wrong conclusion, I do eat more than just fruit and veg!

As I have been asked: Yes, I do eat carbs. This week for instance, I've had potatoes, rice and rice noodles.

And I do have 'treats' such as crisps, chocolate and cookies! Oh, and alcohol!

I'm eating more seasonally. During the cold winter months I had a lot more stews and soups ( I LOVE my slow cooker ) and hot and hearty Sunday roast type dinners.

Now spring is starting to appear I'm in the mood for stir fries and less 'heavy' food.

And in preparation for the blazing summer we are bound to have (ha) I treated myself to a book for some salad inspiration. 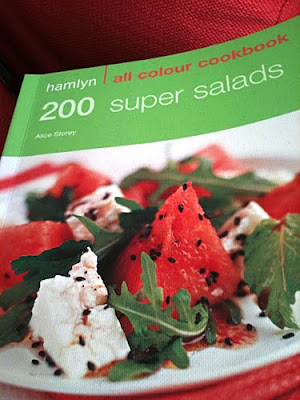 I've eaten out a couple of times this week and had a Chinese take away. I'm getting less and less pleasure from eating out, what with also avoiding gluten/dairy until I get the chance to figure out my allergy. Anyway, in the take away I asked for boiled rice. Simple enough right? Oh noooooooo! Not simple at all. When I got home I found the rice to be covered in OIL!

Fuming? Yep! It wasn't like I was given fried rice by mistake. This was literally boiled white rice with some sort of oil on it.

Now it seems I'm going to have to ask if food is gluten/dairy and OIL free! *sigh*. I'm not adverse to oil or fat. I use oil (olive, vegetable, sesame) when cooking, but use it sparingly. I don't mind eating something with fat in it, WHEN I CHOSE TO, but don't force it upon me when I only want boiled rice. *rant over* 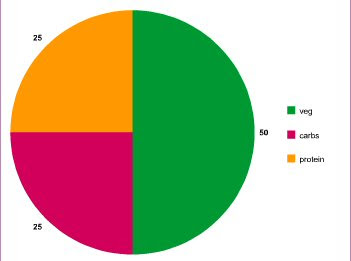 But that's only a rough estimate. Sometimes there'll be much more veg, sometimes less protein or more carbs. I really don't get hung about this type of thing, nor do I want to. I just try and eat instinctively and have the freedom to have what I want. As I have mentioned before, my taste buds have changed so much, and I rarely will want something highly processed very often.

Anyway, the sun is shining and I've promised myself a run today!

Get in touch if you have any questions! Have a great weekend :)

Everyone will be glad to see the improvement of his diet plan every week. Well, if you're really serious about losing weight, you have to learn to discipline yourself and need a lot of patience for the results. Of course, exercising and playing outdoor games would be so helpful to reduce weight quickly. And most important at all, focus on your health if you're undergoing a diet program.