Amazing Month Of May

Back in March, when I was reviewing my 2012 goals, I blogged about how I was going to make the month of May a month for me.

And that is exactly what I did. I made no plans. None. I blocked the days out in my google calendar with a firm NO, just in case I was tempted to start filling up the blanks in my diary, or start taking on requests for my time.

I booked the first week of the month off work, and for the rest of the month my only commitment was to my work at talk about local.

Let me tell you, this was one of the best things I've done!

I can't believe how well my plan to not plan worked out!

For the last few years I have kept a very tight reign on my schedule, work, how I spend my time, where I spend it, with who. My diary is normally full for a couple of months in advance. I've made more time for work and projects and self development than I have friends, chilling out and 'going with the flow'.

I had nothing planned for May and yet so much happened!

Actually, nothing much happened in the first week lol. I just chilled, pottered, watched films, read..... that thing called Relaxing.

But after that, things started to seemingly fall right into place. A random encounter gave me the opportunity to stay in London for 10 days. Why not?! As long as I'm online I can do my work.


Getting ready to set off on my London Break! 10 days working/living in the Big Smoke. Quite excited!
— karenstrunks (@karenstrunks) May 17, 2012


I was determined to make the most of every minute.

I went to the Tuttle Club, which inspired the Birmingham Social Media Cafe

The Rabbits introduced me to Socialcam and I made my first video..

I checked out the Natural History Museum

And I met up with one of my oldest friends (25 years I've known him, and I deserve a medal!). We went to  the British Museum, and then checked out Soho and tons of shops. 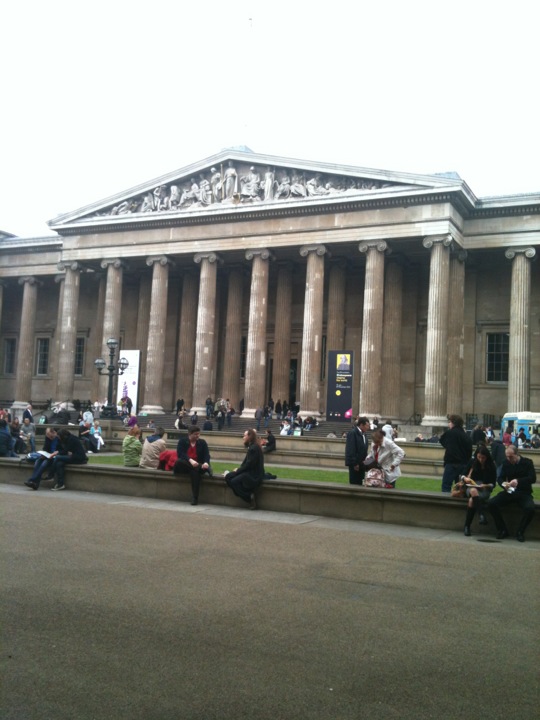 I met up with David Mellor and had wonderful cocktails at the fabulous Paramount Soho. It's my new favourite cocktail place. Make sure you book yourself in, even if it's just for cocktails. The stunning views over London from the 38th floor are worth it. It was then I had my first 'NYC' feeling! Something, I've been craving for such a long time! 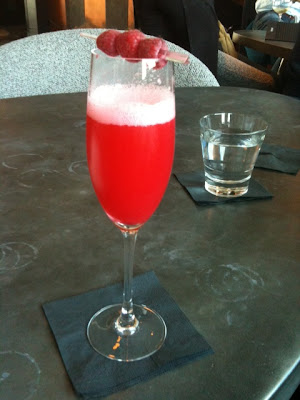 And then THIS happened....


Well aint it a small world! Reuniting with very dear friends in London this week :) #ksldn
— karenstrunks (@karenstrunks) May 22, 2012

I dont normally give credit to luck/fate/good timing, but today has been one of those days when I might have to give them tiny bit of credit
— karenstrunks (@karenstrunks) May 22, 2012


A Facebook conversation with my best friend from school in Ireland. We were the bestest of friends from about 9-13. We had so much fun back then and all we did was laugh and laugh....

Friend: Hey, are you in London? If so, how long for? Would love to see you!


Friend: Hey, brilliant. I will call you tomorrow. Maybe Wednesday evening? Where are you staying?


Me: Great! Tomorrow eve would be good. I'm in Stoke Newington


Friend: You are joking??? That's where I live. Xxxxx Road.

We were literally 2 mins away from each other on the same street! I couldn't believe it!!

We met up the next day and as soon as we met we were laughing and laughing just like we used to. And it just so happened that she was having a family party the following weekend (last weekend) and her Mum and Dad were coming over from Ireland. Her parents are ace her Dad used to teach English in our school.I couldn't miss the chance to see her parents and the rest of her family and so I went back to London last weekend and had a jolly Jubilee time! I storify'd my Jubilee Weekend adventures.

And it just so happened that I got an invitation for the Brave New Ventures event for the same weekend, so that fitted in really well and I was able to go to that and it was amazing!

I had an awesome time in London. Here's a few other pics and things from my time there... 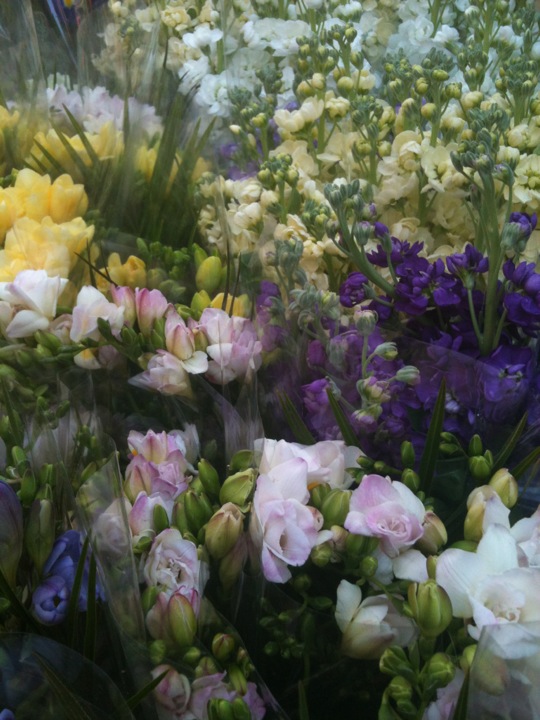 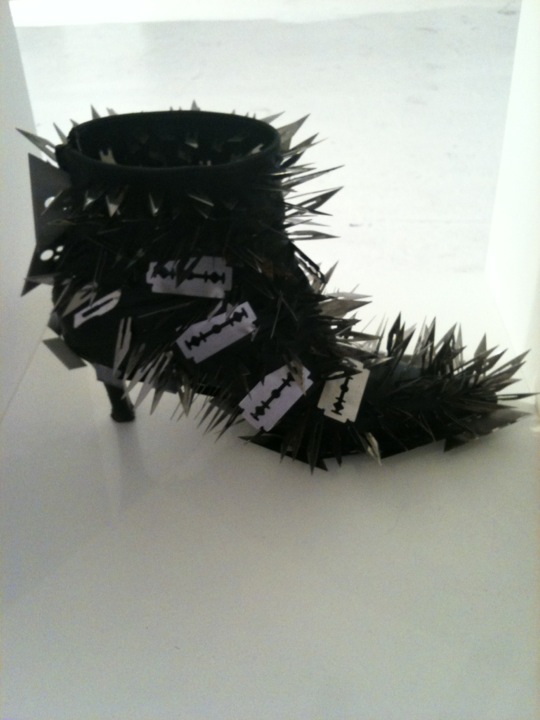 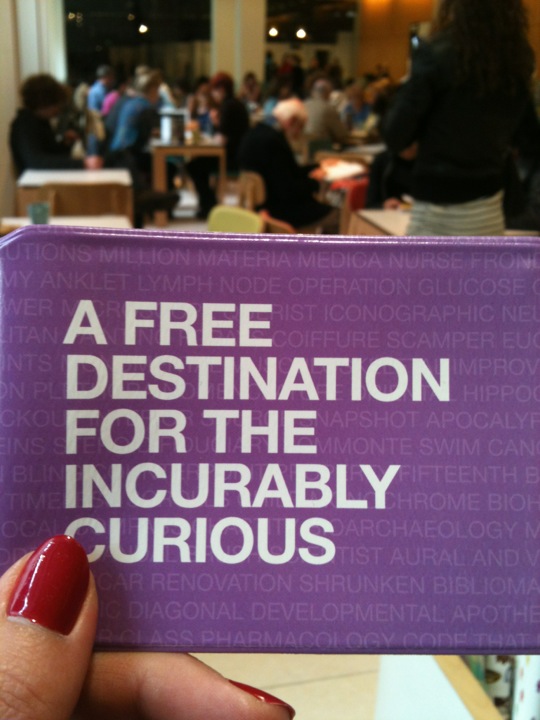 So all this non-planning and just allowing 'life' to happen was really, (much to my surprise), rewarding!

What's that saying? Life is what happens when you stop making plans? It's certainly felt this way.

I think this is a great point in the year to have a think about the rest of 2012.

Because I didn't get a place on the Clore Fellowship Programme, I have the rest of the year quite clear. (I kept my diary clear just in case I got a place).

I've had a good taste of London and I LOVE IT! It's given me the Big City Fix that I have been craving since NYC. It's obviously not New York City, but it has the potential to meet a lot of my needs, and at least it's closer and more achievable than New York. Not that I am letting go of my NYC goal by any means, but London could be a good step in the meantime.

It's actually been great to have FREE TIME! I've not let myself have any, or at least a good chunk of it, for a few years and I had really forgotten what it was like. I've tried to keep Sundays as Me-Days, but other than that I've kept myself so busy. May has given me the chance to just enjoy things at a different pace and join in with life as it happens instead of trying to control every minute of every day. It's been quite liberating, and perhaps there is room for me to go with the flow a bit more....

So, thank you May! And thank you to everyone who made it awesome!

Subscribe in a reader
Posted by Karen Strunks at 08:24

So pleased May worked out so well for you! I'm planning on doing a similar thing in August, and this has really inspired me to make sure that happens (2 weeks watching the Olympics on our telly, one week of holiday - why not, when I'm my own boss)

This is so inspiring! Thank you for sharing :)

Thank you Liz! You will enjoy every minute in August. It's so refreshing to take a break like this! :)