I won a prize for my Wateraid photo!

So, last September I was a ambassador for the charity, WaterAid. I headed to Cardiff and took part in a 6.2 mile walk around Cardiff bay and did some live social media reporting en route. It was a jolly good day, all the walkers were in great form and I took some photos along the way, including this one. 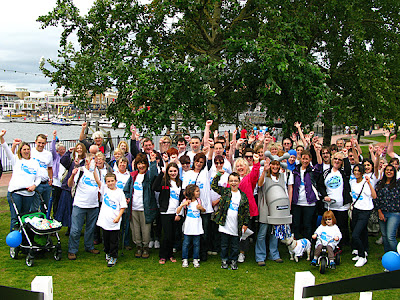 Well, it's only gone and won a prize!
I got a lovely email from WaterAid saying I've won £100 voucher from Kathmandu. Whoop!

But what to choose?! After a long time on their website looking through all they have to offer I decided to go for.... a new suitcase!

Earlier this year I actually managed to lose a suitcase. I have no idea how. It was at home, then it wasn't. I can't think what I've done with it and it was one of my favourites too.

I've got a couple of short trips coming up, so I will put my new bag on a road test. Where am I going? I shall say no more for now other than hwyl fawr and addio ;)

Thank you WaterAid and Kathmandu!

Subscribe in a reader
Posted by Karen Strunks at 13:35

Looks like it was a wonderful day.... WaterAid is one of my favourite charity!