It's been a busy month so far, and one of the things myself and the talk about local team have been working hard on is........

It's talk about local's unconference!

This is an annual event that's been running since 2009. The first one was held in Stoke On Trent, 2010 was held in Leeds, last year it was in Cardiff, and this year we are bringing it talk about local's home city of Birmingham! 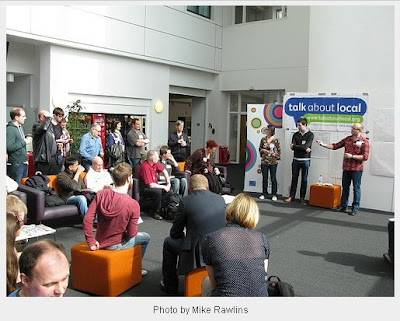 Cost: Free! And we'll be providing tea/coffee/drinks and lunch to keep you going! Get your ticket here.

Who: Are you a hyperlocal blogger? A community activist? A journalist? A local government employee? Interested in ways to talk about your community and issues online. Want to meet like minded people? Then this is for you!

What's an unconference? An unconference has no set agenda for the day, until the day itself. Attendees come along and at the beginning of the day there's the opportunity to pitch and idea for discussion. Then the idea gets allocated a room and a time slot and attendees go to the sessions they want to go to. It's a very fluid day in that if you don't want to stay in the session you are in, then you are free to wander in/out of other sessions too - there might be two sessions on at the same time - so you can catch a bit of both! 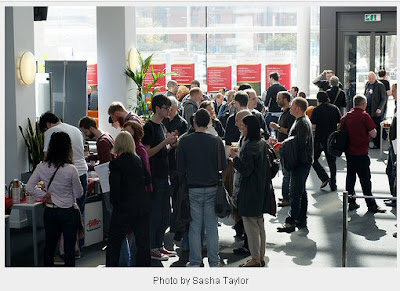 It's a relaxed, informal day and we will all be going for drinkies afterwards!

And not only that.....! There will be the talk about local unawards!

This is where expense spared prizes are given out to members of the community who have done outstanding work during the year. This is not to be missed!

Check out the unawards from last year. Some worthy prize winners, not forgetting the awesome *ahem* prizes. (I won a Michael Jackson alarm clock in 2010!)