Today I am reminiscing.

This time last year I was getting ready to take part in the biggest Halloween parade in the world. Where else but New York City?!

I had already planned my outfit and as a make-up lover I needed no better excuse to get creative with my 'Glampire' look!

I had bought silver fangs, but they wouldn't stay in.

So I spent a lovely few hours in the afternoon getting dressed and apply layers of make up and glitter and, for the first time ever, fake eyelashes. 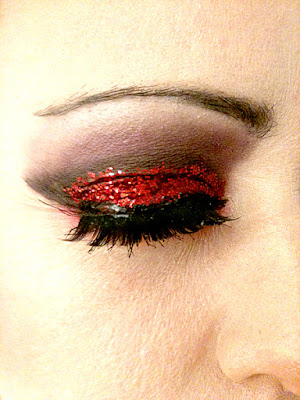 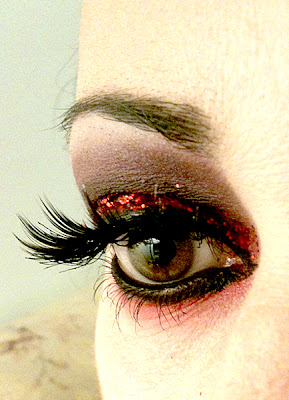 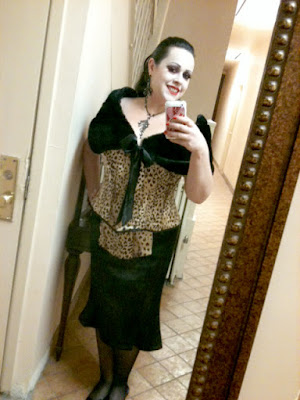 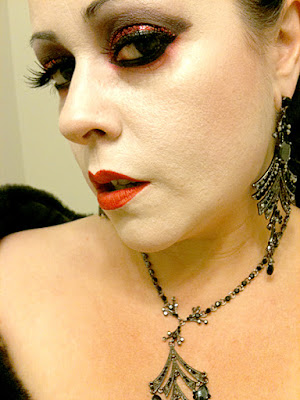 I went out of my apartment door, turned right and walked the few blocks to Times Square to meet up with my friend.

I was early, or he was late. No, he was definitely late. So I kinda just hung around. However, being the tourist hot spot it is, I was soon being approached, "Can I get my photo taken with you?" asked one lady. "Sure!"

But that seemed to trigger off other tourists and within a few minutes there was a line of people queuing to have their photos take with me. I thought it was hilarious! Of course I hated ever minute, being so shy n all ;)

I definitely missed a trick though, I should have brought a 'tip' purse out with me! :D 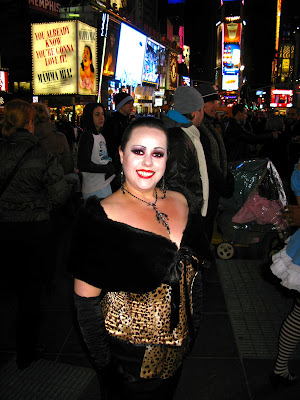 Making my way downtown on the subway.... 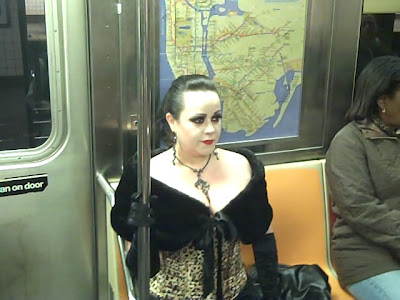 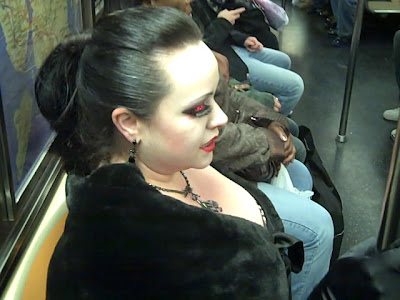 Now, what should be inserted here is a video of the Halloween Parade BUT my video software is playing up tonight and I've run out of patience with it. So instead, a few photos...


It was a bitter cold night, but that didn't stop the revellers or dampen their enthusiasm! Singing, dancing, and every costume you could think of! My eyes didn't know where to look next!

The weekend before I spent an evening with the Disgraceland Family who gave me a very warm welcome. Want more of the self called freaks? Here they are!

I also made a video of the crazy night!


If you want to see more of what I got up to during my month long stay in NYC last year, check out my Big Apple Unpeeled blog. :)

Say hello on twitter: @karenstrunks.
Posted by Karen Strunks at 19:11